The book was filled with spells that put Deanna into a deep trance.

The evil ancient trances and spells devised to kill what she was about to birth took possession over her mind and hypnotized her into a death sleep. She started to believe the whispers of the witches that told her if she ate from the poisonous apple she would be free and more powerful than she already was. The spells were so strong that Deanna ate the poison fed to her through the manipulative stories in that book.

The Princess was so grief stricken that she could no longer sing and dance. She left the kingdom and wanted to die. Deanna almost choked to death by drowning in a river of her own tears. But the King in his goodness pursued Deanna, embraced his daughter, healed her by giving her the breath of life and brought her home to rule. Not long after that, Deanna was once again a bride with the prince by her side and the King promising to annihilate the spells of witches in the kingdom.

Princess Deanna and the Prince became a family of 7 with beautiful children birthed from her belly and rescued from the grips of witches via adoption. As Deanna grew into her royal position, she would never forget Aubrey. Deanna now as Queen is also determined to eradicate the lies in the books of witches. She lives in the Kingdom and sings at the castle daily. The King has equipped Deanna and others like her to battle for all the children of the kingdom so that they can bring full birth to the babies that grow and are destined to sing with voices more beautiful and louder than their mothers.

Still, witches are conjuring plots and spells trying to convince princesses to eat from the apples that lie and kill as they are told to read from the books of trances. The princesses sing, dance and play all around the kingdom while the witches whisper lies on the side, lash out through the looking glasses and try to rewrite the books that once could have shaped them into powerful women ruling in a good kingdom. The evil witches offer ice cream and candy and promises of freedom if princesses read the stories they write. But in truth there is only really sadness, loss and heartbreak through reading those stories because stories of witches ruling always end in devastation to the kingdom.

And nobody is happy when that happens.

The Queen and King have a book of their own that is more powerful than anything the witches could ever write. In fact the story of the witches being destroyed by a powerful Prince has already been written and cannot be revoked or ever erased.

It is the book that has the power to destroy all evil spells and bring life to a kingdom once exposed to an evil death plot. Humans and androids crowd the raucous streets of New Beijing. A deadly plague ravages the population. From space, a ruthless lunar people watch, waiting to make their move. Cinder, a gifted mechanic, is a cyborg.


They say the prince married a girl who was not what she appeared and that another girl who saved the kingdom vanished without a trace. Some said it was witchcraft. Some said it was only a legend. For those who knew the truth, it was magic Rescued from the sea at an early age, Pearl grew up within sight of the water With her pale skin and silvery hair, she was an outcast in the village. Her only friend was a boy she met on the beach -- a young prince named James, who understood Pearl's desire just to be like everyone else. Their friendship is viewed from afar by many: a disdainful king, Pearl's worried foster parents, a jealous young mermaid, a lovestruck merman, and the powerful sea witch.

Now a storm brews in the kingdom, with a tidal force that could keep Pearl and James apart. An epic fantasy filled with adventure, intrigue, and romance from Incarnate series author Jodi Meadows. When Princess Wilhelmina was a child, the Indigo Kingdom invaded her homeland. To do so, Wil and her best friend, Melanie, infiltrate the Indigo Kingdom palace with hopes of gathering information that will help them succeed. But Wil has a secret—one that could change everything. 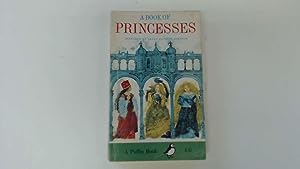 Although magic has been illegal for a century, she knows her ability could help her save her kingdom. But magic creates wraith, and the deadly stuff is moving closer and destroying the land. And if the vigilante Black Knife catches her using magic, she may disappear like all the others. The elders chose Elli to be queen, but they chose wrong in this beautifully crafted novel in the tradition of Kristin Cashore and Victoria Aveyard. Sixteen-year-old Elli was a small child when the Elders of Kupari chose her to succeed the Valtia, the queen who wields infinitely powerful ice and fire magic.

Since then, Elli has lived in the temple, surrounded by luxury and tutored by priests, as she prepares for the day when the Valtia perishes and the magic finds a new home in her.

Elli is destined to be the most powerful Valtia to ever rule. Disgraced, Elli flees to the outlands, the home of banished criminals—some who would love to see the temple burn with all its priests inside. As she finds her footing in this new world, Elli uncovers devastating new information about the Kupari magic, those who wield it, and the prophecy that foretold her destiny.

Torn between the love she has for her people and her growing loyalty to the banished, Elli struggles to understand the true role she was meant to play. But as war looms, she must align with the right side—before the kingdom and its magic are completely destroyed. On her nineteenth birthday, Princess Kelsea Raleigh Glynn, raised in exile, sets out on a perilous journey back to the castle of her birth to ascend her rightful throne.

Plain and serious, a girl who loves books and learning, Kelsea bears little resemblance to her mother, the vain and frivolous Queen Elyssa.

Kelsea will need them all to survive a cabal of enemies who will use every weapon—from crimson-caped assassins to the darkest blood magic—to prevent her from wearing the crown. Despite her royal blood, Kelsea feels like nothing so much as an insecure girl, a child called upon to lead a people and a kingdom about which she knows almost nothing.

But what she discovers in the capital will change everything, confronting her with horrors she never imagined. Now Kelsea will begin to discover whom among the servants, aristocracy, and her own guard she can trust. But the quest to save her kingdom and meet her destiny has only just begun—a wondrous journey of self-discovery and a trial by fire that will make her a legend. This book will be a beautifully designed package with illustrated endpapers, a map of the Tearling, and a ribbon marker.

A little girl named Alice tumbled down a rabbit hole and proceeded to have a charming adventure in the delightful, made-up world of Wonderland Alyss Heart, heir to the Wonderland throne, was forced to flee through the Pool of Tears after a bloody coup staged by her murderous aunt Redd. Lost and alone in Victorian London, Alyss is befriended by an aspiring author to whom she tells the surreal, violent, heartbreaking story of her young life.

Alyss had trusted Lewis Carroll to tell the truth so that someone, somewhere would find her and bring her home. But Carroll had gotten it all wrong. He even misspelled her name!


If not for Royal Bodyguard Hatter Madigan's nonstop search to locate the lost princess, Alyss may have become just another society woman sipping tea in a too-tight bodice instead of returning to Wonderland to fight Redd for her rightful place as the Queen of Hearts. The Reds are commoners, ruled by a Silver elite in possession of god-like superpowers. And to Mare Barrow, a seventeen-year-old Red girl from the poverty-stricken Stilts, it seems like nothing will ever change.

That is, until she finds herself working in the Silver Palace. Here, surrounded by the people she hates the most, Mare discovers that, despite her red blood, she possesses a deadly power of her own. One that threatens to destroy the balance of power. Despite knowing that one misstep would mean her death, Mare works silently to help the Red Guard, a militant resistance group, and bring down the Silver regime. But this is a world of betrayal and lies, and Mare has entered a dangerous dance — Reds against Silvers, prince against prince, and Mare against her own heart By clicking 'Submit' I acknowledge that I have read and agree to the privacy policy and terms of use.

Offer expires in three months, unless otherwise indicated. See full terms and conditions and this month's choices. There may be some spoilers ahead! Throne of Glass by Sarah J. Maas In a land without magic, where the king rules with an iron hand, an assassin is summoned to the castle. The Kiss of Deception by Mary E. Pearson In a society steeped in tradition, Princess Lia's life follows a preordained course.